Home / Health Tips / What is Himalayan Salt and How is it Special? 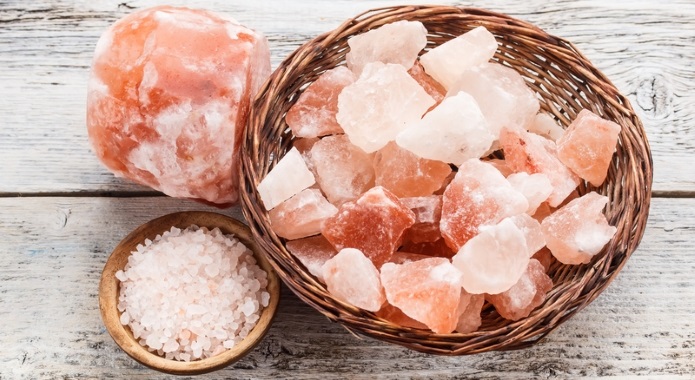 As you can probably gather from the name, Himalayan salt comes from the Himalayas, the famous mountain range that stretches across Nepal, Tibet, and Afghanistan.

You probably know that Mount Everest is part of the Himalayas, but the fame of Himalayan salt isn’t about the majesty of the mountain peaks. The pink Himalayan salt is formed from ancient oceans more than 200 million years ago.

Covered by snow and ice, and far from huge population centers, the salt found deep under the Himalayan foot hills have been protected from the human pollution throughout the years.

It is now considered the purest natural salt you can find in this world, and it is hand-mined so that its purity is maintained.

Himalayan salt is also often called Himalayan crystal salt. It has been compressed and formed under immense pressure for millions of years, giving them the perfect highly crystalline structure which is high in stored energy.

Himalayan pink salt is pink (actually, with hues of pink, red, and white) because it is a full spectrum salt rich in trace minerals. In fact, it contains 84 minerals and elements.

About 85.62% of it is sodium chloride, while the rest contains trace minerals such as sulphate, magnesium, calcium, potassium, and bicarbonate.

These minerals and elements are present in the crystals as tiny particles of colloidal size, which can be easily absorbed and metabolized by the human cells.

Himalayan crystal salt is thus different from table salt because table salt strips all the trace minerals from the salt so you have basically only sodium chloride left. The process of refining and processing table salts also involves the addition of anticaking agents, which make it more difficult for the salt to mix with water.

This means that when we ingest table salt, it doesn’t dissolve all that well. Iodine is also added (which is why we call it iodized salt) but the iodine here is typically synthetic, which again makes it more difficult for our body to process.

These salts from the Himalayan mines are also sometimes known as pink Himalayan sea salt, because technically all salt comes from the sea or salt-water lakes which have dried up.

Beware of salts that are sold as “sea salts”. Full spectrum salts, such as Celtic Sea Salt has a brown sandy color while Himalayan salt has hues of pink color. Processed salts, on the other hand, are pure white in color as it has been devoid of all minerals and nutrients.

Most of the salts today must be cleansed and processed heavily as the seas are now extremely polluted. This is exemplified by that huge area of garbage floating in the Pacific Ocean that’s as big as Texas.

But Himalayan sea salt does not need to be processed at all because of its purity.

Here are simple ways you can make use of Himalayan salt for better health: